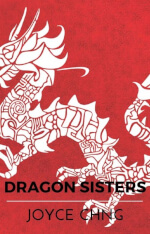 Chapter One – The Discovery

Xiao Xiao hated riding the servant-carried sedan. It was rocky, boring and she often yearned to be out of it. Mother, however, sat serenely, unbothered by girlish concerns. So, Xiao Xiao stared at her hands, wriggled her toes and hoped that they reached the North Palace soon.

Of course, she had to answer the call of nature. It was always so annoying! The sedan's rocking stopped and Mother bade her go quickly. They had stopped beside a rice field she recognized. It was a rice field with delicious rice frogs and snails, harvested with glee by her maid, Butterfly. Butterfly went back to her village in Fujian last year and there was no more expedition to the rice field.

Xiao Xiao tip-toed out, cursing the pao, making her dainty. Hard to walk when you look like a doll in embroidered finery. The imperial guards stood at attention, but the poor men were sweating in the summer heat. The sedan carriers were no better. She scurried to the side of the rice field, dried up in the summer, but still muddy at some parts. Mother's maids, Spring and Autumn, ran up and unfolded a satin sheet, to shield their mistress's daughter from rude prying eyes.

She squatted, again muttering a curse she learnt from Spring. The water drain beside her had insects floating on it.

For a moment, she almost screamed. Calmed down. It might just be a frog. Impulsively, she dipped her hand in. Butterfly had taught her how to catch frogs and she was unafraid of the squirmy things.

Her hand touched something warm. Like skin. Inhaling, she lifted the thing up and it was a wrinkly… baby. She knew it was a baby, because she had seen babies before in the palace. Only that they weren't as small and fragile like this one. And naked.

It was a girl.

"Mama!" Xiao Xiao shouted and her mother came running, heedless of the mud and earth. Her mother, the first wang fei and most beloved of the emperor, her father. Her mother's eyes blazed. She had a sword in her hand. She thought Xiao Xiao was being attacked… only to drop the sword and call for a clean cloth instead.

Someone had given birth to a girl a few hours ago. Girls were not like boys. This baby girl almost drowned. Xiao Xiao knew she was very lucky.

Mother wrapped the newborn baby girl in the clean cloth. "We are bringing her to the palace," she announced curtly and boarded the sedan, the baby wrapped up snugged. Xiao Xiao finished her call of nature and followed her mother.

Once back in the palace, Mother ordered the maids to bring clean warm water and baby clothing. She had the fires built in the chambers, even though it was summer and warm. Mother changed into her day-to-day gown, pulled up her sleeves and washed the newborn of mud, gently clearing the nostrils, mouth and eyes. Also the tender parts, which she washed with a clean square of cloth dipped in warm water. The newborn girl hardly even cried. Xiao Xiao wondered if she was even breathing.

Then Mother called for a nanny, someone who still had milk in their breasts. The woman arrived quickly and nursed the baby girl without question.

Mother named the baby girl Xiao Xin. Little Heart. But there was a play on the words. It also meant Be Careful. Mother liked puns. Xiao Xiao knew that the news would spread like summer fire to the rest of the palace, up to the eyes of her father who never forgot things. He was Emperor Qianlong, the best of the Manchurian race.

Xiao Xiao was so done with her foreign language lesson that she ducked out as soon as Tutor Gu announced that she was going to have a short break. Mother insisted she study. So, she studied the barbarian tongues of Latin, French and Italian, the intriguing scientific arts and mathematics. Father actually relented. Girls didn't really have that privilege to study. It was a boy's purview.

She ran down the path, to the carp pond where she usually fed the flame-colored carp with bits of dough.

A sharp voice stopped her in her tracks. It belonged to the Empress of the West Palace. She was arguing with her father. Her father! He must be on his way to check on her — Xiao Xiao!

"It's so unfair!" The Empress of the West Palace said, wringing her hands. "It's so unfair. She gives birth to one child and then she finds another, ready made! While I still struggle! The herbs are useless! I hate the herbs!"

"You don't have to be so hard on yourself," her father's voice had a placating tone, as if he was comforting a sad child.

The Empress of the West Palace glared at him, her carefully painted eyebrows forming angry arches. She was beautiful, her face white with pearl powder, her lips red with vermillion. "That's easy for you to say."

She turned away sharply, her maids following her hurriedly. Xiao Xiao got up. She had to be back to the study chamber. The Empress's words stayed with her though. She wondered if she should tell Mother.

Xiao Xin flourished. By the third month, she was fat and Xiao Xiao played with the rolls of fat on her limbs. She had such bright eyes and a beautiful mouth. She couldn't be peasant stock, Xiao Xiao wondered.

The Empress of the East Palace visited Mother twice a week. She was already showing, her stomach round, beneath her sumptuous gown. She announced her pregnancy officially on Yuan Xiao, the fifteenth day of the Lunar New Year, to the delight of the emperor and the rest of the gossip-hungry court.

Mother had her servants and her capable cook prepare mid-autumn snacks. Pomelo slices, boiled caltrops and tiny bite-size mooncakes filled with white lotus paste and nuts. She also had a plate of boiled peanuts, her personal favorite. So where the women chatted, Xiao Xiao watched over Xiao Xin, making hand butterflies to charm the little baby. She was still getting used to the fact that Xiao Xin was now her sister. Her ears, however, listened to the conversation behind her.

"You should have seen her expression," the Empress of the East Palace was giggling. "She is so angry!"

"Aiyah," her mother said. "Don't make more enemies, Xiu Hui. You know how much she hates you."

The Empress of the East Palace heaved a sigh. "She's such a child."

A laugh came from her mother. "In physical years, she is a child."

The rest of the conversation tapered down to the discussion of the barbarian priests who had set up a school in the city. Barbarian. Italian. The priests called themselves Jesuits. The barbarians were forever interested in the Middle Kingdom.

Xiao Xiao turned her attention back to Xiao Xin who was snoring in her sleep. The little baby was clutching something in her little fat fist. Xiao Xiao tilted her head. Was there a green glow coming from the fist?

She gently pried the fingers open.

The baby was holding a tiny green pearl.