An empire on the edge of history

Many generations past, the great empire from the east left Lena's country to its own defences. Now invasion threatens...and to save their land, women must learn the skills of war.

But in a world reminiscent of Britain after the fall of Rome, only men fight; women farm and fish. Lena's choice to answer her leader's call to arms separates her from her lover Maya, beginning her journey of exploration: a journey of body, mind and heart. 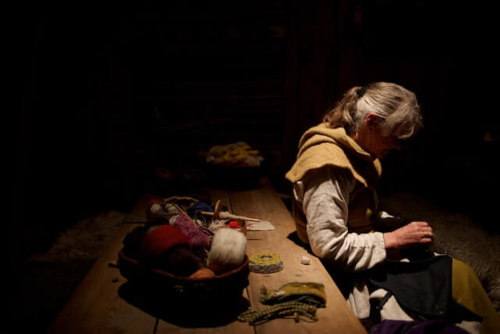 With a seemingly simple starting point, Thorpe is able to create a complex, nuanced beginning to a series that relies on few tropes, yet teems with familiarity of the human experience.

...I found this a refreshing novel, where every twist and turn was unexpected. It’s definitely not your ‘typical’ fantasy or historical fiction book, which I count in it’s favor.

Finally, I can’t emphasize enough that Thorpe knows how to continuously raise the stakes of conflicts, both internal and external, as she constantly expands and contracts the plot throughout the story. And every conflict pays off, in curious, intriguing, thoughtfully thematic ways.

I highly recommend Empire’s Daughter. Any reader will find something to enjoy in this novel.

There were times when I almost hated it when the pace picked up. Times when I wanted the story to stay quiet and slow, just to learn and live, to watch the characters learn and live, for life to continue as it was. I’m not saying this was a good thing or a bad thing. In many ways, it was a sign of the fact the books did give that, which I really like. I really enjoy those moments where it’s just life, with the quarrels and friction of different people from different (or not-so-different) backgrounds in daily life, working or learning. And, in a lot of ways, the story was evocative of life, and the feeling of life in such moments, and when they are disturbed.

Listen to a rendition of the song from Tice's life prior to coming to Tirvan.

The Road to Partition

Add a widget for Empire's Daughter to your website or blog by copying & pasting the following HTML snippet into your page. 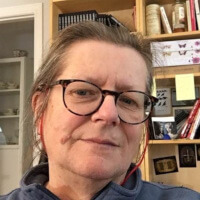 Becca Thornton, divorced, middle-aged and trying to embrace her quiet existence, discovers that life still holds plenty of surprises when her menopause comes with bonus lycanthropy.