Determined to prove the town exists at any cost and fascinated to know who would want to live hidden in the middle of nowhere she takes co-worker Lin and sets out into remote bushland and farms, exposing them both to a slew of horrible urban legends, sinister locals, and the mystery of too many people who vanished over the years with nowhere to go.

Kate gradually unearths a myth, a local legend of a town, a place where you can escape … or become trapped. Somewhere only the truly desperate would seek. And her journey exposes a trove of people who are being crushed by their lives, who might very realistically risk such an escape. If only she can avoid rousing those dark forces who work to prevent them.

Why you'll love The Town

The Town is a rollercoaster of a ride.

This Australian horror is written in a kind of jarring prose. The story is brilliant, terrifying, and utterly refuses to share its secrets with you.

On finishing this book, I promise that the first words out of your mouth will be "WHAT THE FUCK!".

Reminds me of books by China Miéville, John Langan, and the short stories of Michael Marshall Smith.

Is it possible to chase a town that may or may not exist? Heck if I know, but this is where things get weird and where BP Gregory excels...

Strengths? It has to be the prose-poetry of BP Gregory's narrative. By describing the scenes using a mix of dark humour, vivid imagery and bizarro-type scripting, the reader is left with a sense of unspeakable horror that keeps churning over and over in your mind...

The Town by B.P. Gregory is a clever, well-pulled-together novelette with themes of loneliness, abandonment, disappearance, the losses felt by those left behind, and alcoholism as a coping mechanism, wrapped up in fierce witticisms and photo-perfect observations of the human condition. It's also a horror flick filled with suspense, flawed heroes, bizzarro situations and terrified bravery. And it's funny with it.

Book Review: The Town by B.P. Gregory - The Epubizer 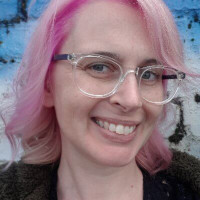 Add a widget for The Town to your website or blog by copying & pasting the following HTML snippet into your page.

Our Lady of the Trampled Beast

A creepy Wendigo short story set in the Bush.

Expand your storage with a Paid Plan