Interzone receives £3.99Fair means fairSensible prices and good rates for authors.
Authors get 80% of the listed price, and our prices will always be reasonable. No unsustainable discounts, or ebooks that cost the same as a print book.

Interzone was first published in 1982, and this 294th issue is the first under the editorial hand of Gareth Jelley at MYY Press and available at Scarlet Ferret. Together, we present the first Special Edition digital issue, with exciting extras.

Here's what you can look forward to in Interzone 294!

When a refugee awakes on a beach to a personal tragedy, he soon realizes there is truth to the saying 'out of sight, out of mind'.

A wise-cracking detective with a deep-rooted fear of ventriloquist dummies tries to solve a locked-room mystery where the victims are being murdered in an impossibly brutal fashion. 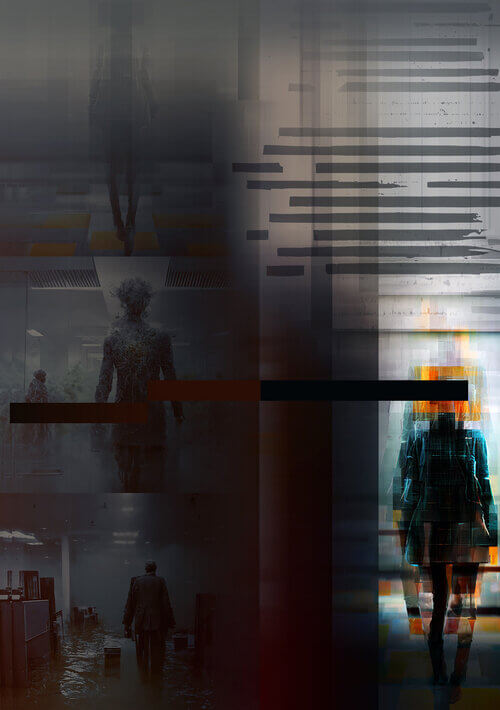 In a world where criminals are redacted, ████ from the Bureau of Redaction must track down a serial killer before █ strikes again.

The Coming of the Extroverts

Aliens invade under the guise of East City's newest band, The Extroverts. Only one person can stop them: Moog, part time holo-synth player, who is looking to replace them on the bill…

Seven Shots at the Ultimate High

The club's called EVOLUTION. You know the price, and what you get: 25 minutes of bliss, your mind opened to the stars. Isn't it worth it, to feel like that? Isn't it worth everything for a chance to fly?

The Building across the Street 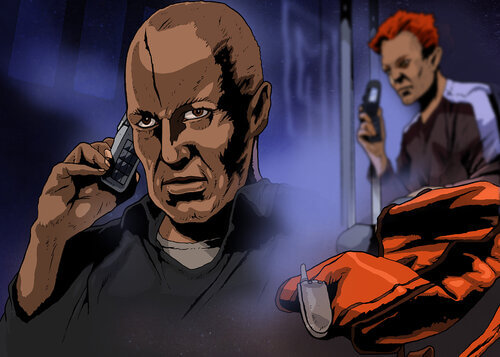 To avoid getting chipped and interred at a facility for the unhoused, Leland agrees to help intercept alien dispatches originating light years from Earth.

Last Act of the Revolution

Esther was a woman who lived the revolution, fighting with every breath she had to free a world from its corporate overlords. Trouble is, the revolution won.

An Interview with Christopher Priest by Paul Kincaid

Nothing But Beautiful Stories

An Interview with Cassandra Khaw by Laura Mauro

First in a new series of essays by Val Nolan

Zelazny, from A to Z

First in a series of 26 essays by Alexander Glass

Included with this Special Edition issue from Scarlet Ferret:

As well as the magazine issue and bonus short story, Special Edition readers also get FREE access to the Interzone Digital Member Area, for exclusive stories and essays.

Launched in 1982, Interzone is the eighth-longest-running English language science fiction magazine in history. Stories published in Interzone have been finalists for the Hugo Awards and have won a Nebula Award and numerous Science Fiction Awards.

The family business is raising the dead; Ree has other ambitions. She's going to resurrect the ancient magic of shapeshifting, but might doom her necromantic hometown in the process.