I’m a sucker for a good romance story, but until recently it’s all been through the medium of film or television.

While stocking Scarlet Ferret, and searching for those wonderful books to fall in love with, I’ve kept an eye out for romance titles that just clicked with me. I’m an old-fashioned kind of guy. Casablanca, Pride and Prejudice (the good one with Jennifer Ehle and Colin Firth – I’m afraid comments are closed sad face), Truly Madly Deeply, heck, even the tiny romance sub-plot in Gentleman’s Agreement – they’re all my kind of thing.

To get up-to-speed with contemporary romance books, and independent ones at that, I needed an in. A starting point that would help me find my perfect niche, and explore from there. Luckily, the most perfect romance book I could imagine landed in my lap! 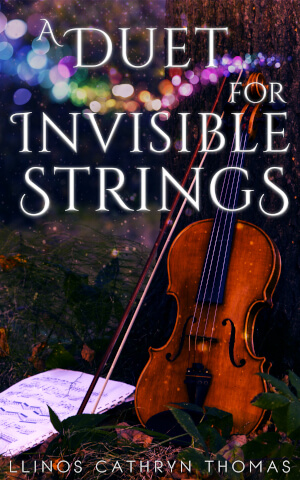 Heledd, leader of the first violins, has been in love with her irrepressible conductor Rosemary for years.

A secret from her past means she must hide how she feels, but the time they spend working and performing together is enough for Heledd – until a near miss with a speeding car forces her to rethink everything she thought she knew.

When the orchestra is mysteriously summoned to perform in the Welsh village where Heledd grew up – a village she hasn’t returned to in decades – the life she’s made for herself begins to unravel, and her secrets threaten to escape.

I’m Welsh, and am regularly disappointed by the appropriation of Welsh place names, history and peoples to flesh out or add flavour to otherwise English-centred fantasy stories. To find that A Duet for Invisible Strings approaches its Welsh subject matter in a contemporary manner, with respect and love, is music to my ears. And what music it is!

If music be the food of love...

Music and Wales go together like Cawl and lamb (seriously, if anyone tells you to put anything else in Cawl, well they’re just wrong).

If you’ve ever seen Stanley Baker’s classic film, Zulu, you might think of it as a war film, or at least an anti-war film. But to me, it’s also a film on music as its own language. It begins with Zulu braves and their prospective brides singing and dancing during their ceremony. It continues with a Welsh regimental choir, and even on the battlefield, it’s song that is used as the most powerful of weapons, culminating in a crescendo and coda during the Zulu withdrawal.

Music is another language in Wales and Welsh culture, and Llinos wields it with both skill and knowledge in her novella.

Music flows through the story, a character in its own right. The specific named pieces are essential. They're part of the story. One named piece in particular grabbed me and wouldn’t let go. It's a Welsh song that is familiar to so many. My heart leapt and I knew I just had to stock this book. You’ll know it… The scene in which it’s played on the harp is one of the loveliest I’ve encountered, and the way it closes left reviewer, Local Bee Hunter, wondering:

“How the hell does so much pining fit into such a short story?”

Llinos has kindly added the track to the Spotify playlist included with the Special Edition extras.

The music isn’t simply a conceit or theme either. It’s a fundamental part of the subtler aspects of this tale.

Welsh culture has strong ties to the land. I see it as a triad (triads are big deals in Welsh history and mythology) comprised of: land – language – culture. Each connected, and supporting and informing the others.

They weave throughout the story. Locations, names, landscapes, features, language, mythology, legends, and culture are all informed by the connection between land and language, and in turn music.

The place and music intertwine to create a stunning aspect of Llinos’ novella. The two main characters do the rest.

The fact the protagonists are older women gives us the additional depth and willingness to trust this story. These two characters have seen it all, and haven’t found the right person for them… yet. This is a true romance story. 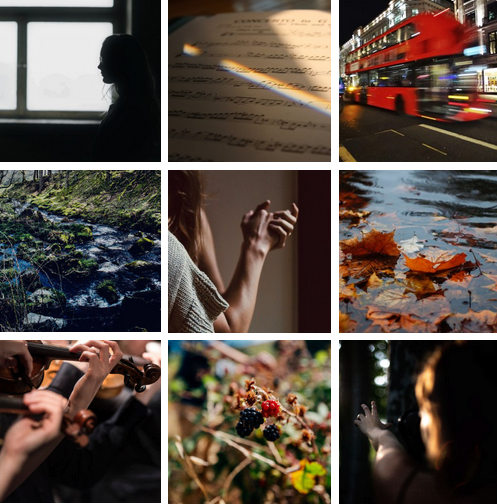 But what a journey to get there. In little over 25,000 words, Llinos never lets us assume anything. From the opening and the suggestion of a ‘mistake’, we’re never sure what’s going on. We can guess, we can hope, but we’re never certain.

And that’s what does it for me. The hope that they’ll get together is what makes this special. The willingness to include such strong Welsh connections – when many publishers push to exclude them. The writing is often haunting:

She brushed her teeth, put on her nightclothes. She got into bed and turned off the light. And then, in the darkness, she wept silently until her eyes burned and her whole body shook.

and at other times, sweetly hilarious:

What did one wear, to an evening of pizza, wine and a private harp performance by the woman with whom one was secretly in love?

Which, in all, paints the most wonderful picture. One full of mystery, music, and love.

Each of our Special Edition ebooks comes with digital extras. Special features that enrich the package and give you tidbits to enjoy.

Llinos Cathryn Jenkins has kindly provided us with an exclusive and sumptuous package of extras to really get you in the mood for A Duet for Invisible Strings.

Enjoy your Special Edition of A Duet for Invisible Strings by Llinos Cathryn Thomas today!

"A truly lovely contemporary fantasy novella, with a sweet romance and a gorgeous mingling of eerie fey magic, beautiful music, and vividly-written contemporary English and Welsh settings."
-Stephanie Burgis, author of Snowspelled and Masks and Shadows

Read our review of A Duet for Invisible Strings!

I'm off to listen to that song again! 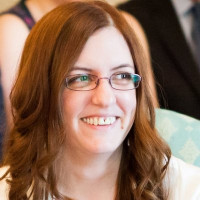 Llinos Cathryn Thomas was born and raised on the North Wales coast, where she read a lot of Welsh fairy tales and legends and watched a lot of Star Trek – which probably explains some things about how she turned out.

She has a degree in Russian Studies from the University of Nottingham, which she has used mainly to deepen her appreciation for the movie Anastasia.

She now lives in London with her wife, and when she’s not writing she is often reading instead, and if she’s not doing either of those things she’s probably watching TV.

She is the author of two speculative F/F romance novellas, Sparks Fly and A Duet for Invisible Strings, and is working on a novel.

£2.99 A love story to music. Heledd, leader of the first violins, has been in love with her irrepressible conductor Rosemary for years. But Heledd has a secret.