What interests us the most at Scarlet Ferret is when authors create a story that, at first, feels familiar, but turns out to be an innovative play on the genre. What we have here are two Special Edition ebooks that do just that.

The Witches of Greasy Creek by Susan Dorsey and Becoming Crone by Lydia M. Hawke are both fun, cozy reads where the female leads are introduced to their new roles as witches, with ... differing results. One is in college (or was until recently), is intent on learning from her witch Grandmother, and discovering what happened to her missing friend. The other is divorced, going through the menopause, and has had enough of this magic rubbish, even when it turns out she’s essential to protecting the world.

The Witches of Greasy Creek by Susan Dorsey 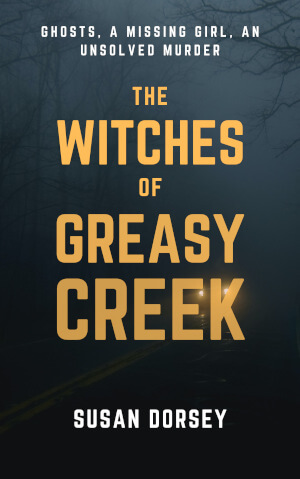 In an attempt to start her life over, Kate Lawson stumbles into a world of ghosts, a missing girl, and an unsolved murder.

Ruby is a Witch. She is also Kate Lawson's grandmother.

Though Ruby descends from a long line of witches, she has never spoken of it openly, especially to Kate. Kate, fleeing a cheating fiance, returns to her beloved grandmother's mountain farm at Greasy Creek. In an attempt to start her life over, she stumbles into a world of ghosts, a missing girl, and an unsolved murder.

Kate needs to persuade her grandmother to admit to, and teach her Appalachian Granny Magic, and the secrets of the Green Witch Grimoire to right a terrible wrong and identify a killer.

This edge of your seat paranormal thriller will have you delving into spells, family mysteries, and murder.

The Witches of Greasy Creek is a thrilling story and an introduction to the modern Appalachian communities.

Kate is an unlikely, but enthusiastic protagonist who has had enough of being messed about, and is out to learn what she can from her grandmother, a witch. But Ruby isn’t your average witch. This isn’t fantasy magic, more like Appalachian Granny Magic, the local herbalist and healer who cares for the community as well as it’s people.

Lots of fun, while a really tense and exciting murder mystery. It’s another occult thriller with heart that you just won't want to put down! Oh, and there’s the goat too!

In their review, Melina E. found that:

“There are some surprises in store. I liked the characters, I liked that you still wondered about the "why", I liked that it wasn't necessarily wrapped up nicely in a pretty bow at the end. You find yourself wanting to find out what happens next, does Kate land on her feet? Does she stay in her small town? Does she make peace with Napoleon? (unlikely!). We need a second in this series, Ms. Dorsey! Don't leave us hanging!”

Susan's list of local lore, some heard while growing up, and some taught by other Southern Appalachian folks.

Horace Kephart's 1913 narrative of adventure in the Southern Appalachians and a study of life among the mountaineers. In ePub & Mobi formats. 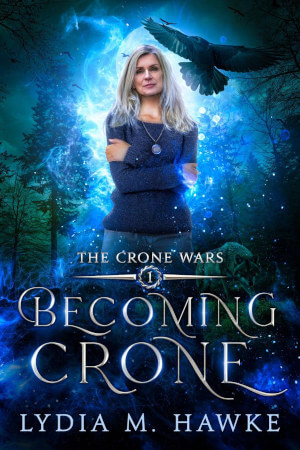 For Claire Emerson, there is nothing ordinary about turning sixty.

First, there are the crows. Then, a pendant that unlocks a gate to a house in the woods--which comes with a snarky gargoyle, an entirely too-sexy wolf shifter claiming to be Claire's protector, and a legacy that turns her reality upside down.

Claire's first instinct is to turn tail and run back to the safety of baking cookies and reading bedtime stories. But when it becomes clear the Mages have targeted her, she may have no choice but to accept her calling. There's just one problem: she never got the lifetime of training she was supposed to have, and her magick is... well, unreliable would be an understatement.

With the Mages threatening everything she loves, can Claire learn what she needs to in time to become Crone? Or will she be the one to lose an ancient war—and her life?

Fans of urban fantasy looking for a protagonist who is a little more... mature, will love Becoming Crone. Claire has seen it all, or so she thinks. Her world-weariness, her highly-developed lack of trust, and her not-unexpected ability to expect things to go wrong make her the perfect character to introduce us to a world of witches, gargoyles, werewolves, and witches, plenty of witches.

Taking urban fantasy in a different and interesting direction, Lydia’s Crone Wars series follows in the footsteps of Catherine Lundoff’s Wolves of Wolf’s Point series with older female protagonists, instead of twenty-something leads. These characters have their own ideas about how the world works, from a lifetime of experience, and the introduction of magic lands quite differently than in other books of the genre.

Cally Walker, in her review, is excited to see:

“...a new series that understands a middle age woman can be both worn out a little but still powerful enough to protect her family and learn new strengths.”

Author, Lydia M Hawke, likes some music when writing The Crone Wars series. Here's what she listens to while working on her books.

Both The Witches of Greasy Creek and Becoming Crone join The Halloween Collection, giving you six Special Edition ebooks to choose from as Winter draws in and the veil thins.