Our historical fiction collection is a little thin. We currently stock the powerful Sinful Folk by Ned Hayes, and I've stayed on the lookout for a book just as intriguing to join it.

Well, have I got a stunner for you!

When De Bois captures Robert’s young sister, Edith, events are set in motion, affecting everyone involved. Edith is forced into a terrible world of cruelty and deceit, but finds friendship there too.

Will Robert ever learn why Henry hates him so much? Will Edith’s new-found friendships be enough to save her from De Bois? And who is the mysterious stranger in the reedbed who can disappear at will? 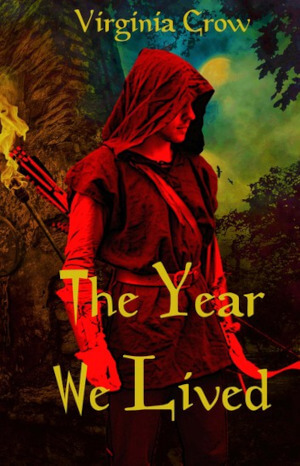 The Year We Lived by Virginia Crow is a beautiful story, wrapped around a puzzle.

Every review you read of The Year We Lived will mention the reveal at the end of the book. Reviewers have been great about not spoiling it, and just as great about admitting that while all the clues were there, they just didn't see it coming.

Each piece fit together so intricately that, upon reflection, it seems obvious, yet when reading, I was blissfully unaware of how all these characters, seemingly so very different, would come together and paint that picture.

The revelation is as much for the characters as for us the readers. As the final pieces slot in, and the threads interweave, the characters we've followed through their own, often harrowing journeys, find their own futures, and realise their own place in the ongoing story.

The setting in The Year We Lived is described very lightly and carefully, and beautifully. While the novel is over 100,000 words, it skips along at an enticing pace, without dawdling. The fens, the lake, the Saxon Hall, and the Norman Garrison are sketched with enough detail to propel the story, rather than bogging down this character-driven tale.

Originally published in April 2021, The Year We Lived is a wonderfully deep but accessible historical fiction novel. It's been a while since I've read something this different, yet so easy to enjoy.

I hope you'll get as much joy from reading The Year We Lived as I did, and revel in the way Virginia draws back the curtain to let the sunlight illuminate her characters as the book reaches its climax.

Each of our Special Edition ebooks comes with exciting digital extras. And Virginia hasn't disappointed!

A stunning poem by Virginia Crow, based on Arthurian myth.

Detailed tapestry style illustrations depicting the events of each chapter, collected into a browsable format.

Why you'll love The Year We Lived

Virginia teases the twist right from the off. But The Year We Lived is so finely written and enchanting that you lose yourself in the world and simply enjoy it, forgetting about this possible twist.

You'll begin the novel looking out for clues, wondering what the twist could be, but you'll quickly relax and let the sun-dappled fens, the reeds, woods, the description of the Hall and its inhabitants wash over you and pull you like a slow current into its 11th Century setting.

More about The Year We Lived 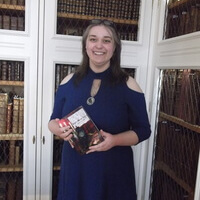 Virginia grew up in Orkney, using the breath-taking scenery to fuel her imagination and the writing fire within her. Her favourite genres to write are fantasy and historical fiction, sometimes mixing the two together such as her newly-published book “Caledon”. She enjoys swashbuckling stories such as the Three Musketeers by Alexandre Dumas and is still waiting for a screen adaption that lives up to the book!

When she’s not writing, Virginia is usually to be found teaching music, and obtained her MLitt in “History of the Highlands and Islands” last year. She believes wholeheartedly in the power of music, especially as a tool of inspiration. She also helps out with the John O’Groats Book Festival which is celebrating its 3rd year this April.

She now lives in the far flung corner of Scotland, soaking in inspiration from the rugged cliffs and miles of sandy beaches. She loves cheese, music and films, but hates mushrooms.