We’re stocking The Last Words of Madeleine Anderson at Scarlet Ferret because special books are our thing. Special editions of special books. And this read is a page turner to the absolute end, with no dips in its carefully measured pace. It’s a small-town book about small-town people, a reminder that everyone has aspects of their lives that you’ll never know – but the story lingers for days afterwards. Do not mistake ‘small’ for ‘dull’- gossip is never dull. In a way, this novel is the literary equivalent of gossip, but brilliantly written and cleverly devised. 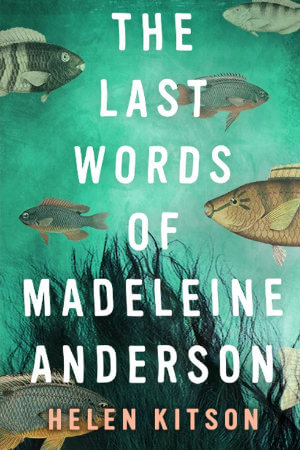 “Once upon a time Gabrielle Price wrote and published an extraordinary novel. But twenty years on her literary star has dimmed, her "work of genius" is all but forgotten, and no further novels have materialized. She now lives an unremarkable life: middle-aged, living alone in the sleepy village she grew up in, and working as a housekeeper for the local vicar. Her lonely existence is dominated by memories of her best friend Madeleine, who died young, in tragic and mysterious circumstances. Gabrielle’s quiet world is turned upside down when she meets and befriends Simon – young, attractive, a would-be writer, and enthusiastic fan of the astonishing novel that Gabrielle published all those years ago. Charmed and flattered, she recklessly invites him into her home and her heart. But Simon is mysterious and manipulative, and it’s not long before he forces Gabrielle to confront the demons in her past. Gabrielle’s obsession begins to destroy her carefully cultivated life, and she comes to feel increasingly threatened by Simon’s presence. Who is he? Why did he seek her out? And what does he really want?”

What happened to Gabrielle’s best friend, Madeleine? Why did Gabrielle write only one novel, a phenomenal best-seller, then leave publishing seemingly forever? Will she marry Mr Latham, her vicar employer? And who the heck is Simon?

But there’s nothing wholly honest about any of the main characters in The Last Words of Madeleine Anderson by Helen Kitson. Whether they tell the truth, the partial truth, or nothing but a lie, the reader is left to sort out the pieces in this delicious stream of consciousness. There’s a feel of the confessional – though Gabrielle would be quick to deflect the suggestion that she had anything to confess – and plenty of the dramatic, as a mysterious young man inserts himself into Gabrielle’s deliberately nondescript life, his intentions as unclear as his talent for literature. Even Madeleine, the only main character who isn’t alive any more, kept secrets so close they’ve taken twenty posthumous years to unravel. The trouble with truth, as Gabrielle knows, and Simon is yet to find out, is that it isn’t as simple as facts. Truth is a slippery concept, subjective as well as objective, and this novel handles that issue with post-modern sophistication.

We loved this book at Scarlet Ferret for quite a few reasons (when we say ‘love’, we really mean it). For a start, the story is brilliantly multilayered, an easy read on the surface, but fascinating to consider the subtexts. With a smattering of feminism, a liberal pinch of knife-sharp social observation, it is (amongst other things) a study of the relationship between humans and the truth, wrapped up in an intriguing story with accessible language and familiar-seeming characters.

Of course, The Last Words of Madeleine Anderson is far more than just a book about truth and not telling the truth.

“When we think of “vulnerable adults” we tend to think of the visibly, physically and mentally, disabled, but vulnerability comes in so many forms – including the need to be loved, which is itself inextricably linked with the (quintessentially middle-England) reluctance to offend. The ease with which we allow our behaviour to be modified by the expectations of others is revealed here in all its discomfort.

This is a tale of love, loss, secrets, and betrayal. Kitson writes all with subtlety and compassion, fleshing out her characters with authenticity. I’m still getting goosebumps when I think about it.”

It’s also a story about friendship, the disastrous way in which some friend relationships seem to spoil us forever:

“This book is very rich thematically too, something touched upon by those chains of association built up in the prose - mentions of Sylvia Plath, Virginia Woolf, Barbara Pym etc. It looks at how forming relationships (yes romantic but also friendships and enmities) with others, helps us to learn who we are and define some piece of the riddle of our own existence. To cut yourself off from all such interactions stops you from becoming who you might have been or might yet become. There's a strong thread about the destructive power of secrets and guilt - the latter also an indulgence. This is to name but a few of the themes and motifs - others include the necessity of both truth and harmless lies, depression and isolation, the insidious desire to compare ourselves with others and occasionally live vicariously.”

-Tales of a Librarian

The Last Words of Madeleine Anderson is an unpretentious novel about friendship and jealousy, fate, truth twisting and personal growth. Your Special Edition ebook from Scarlet Ferret includes thought-provoking, beautiful poems by the author, Helen Kitson, and the famous Virginia Woolf essay, A Room of One’s Own. 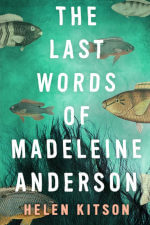 More about The Last Words of Madeleine Anderson 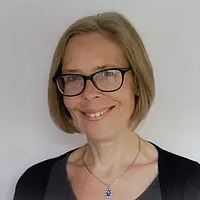