On Halloween last year, we introduced you to Claire Emerson, the menopausal, divorced grandmother protagonist of Lydia M. Hawke’s urban fantasy, Becoming Crone. Now Claire is back with the Special Edition continuation of the Crone Wars series!

Taking urban fantasy in a different and interesting direction, Lydia’s Crone Wars series follows in the footsteps of Catherine Lundoff’s Wolves of Wolf’s Point series with older female protagonists, instead of twenty-something leads. These characters have their own ideas about how the world works, from a lifetime of experience, and the introduction of magic lands quite differently than in other books of the genre.

Cally Walker, in her review of Becoming Crone, is excited to see:

"...a new series that understands a middle age woman can be both worn out a little but still powerful enough to protect her family and learn new strengths."

If you enjoyed Becoming Crone, you'll love the second book in the series!

Book 2, A Gathering of Crones, is out now, in Special Edition ebook format from Scarlet Ferret, and things are getting rough for Claire. 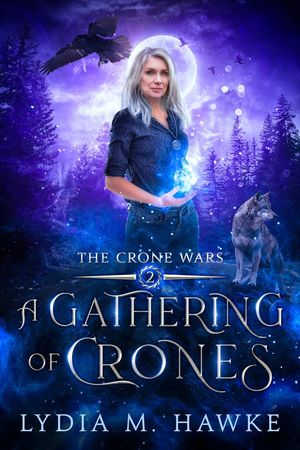 Can Claire harness her powers in time to help her fellow Crones defeat the mages—or will her efforts bring even greater disaster?

Claire leaves the safety of her warded house, and goes in search of the remaining Crones… only to find them under siege by the mages and their nearly indestructible monster. And without control over her powerful elemental magic, she has no idea how to rescue them.

She’s running out of time. And so is the world!

And we have some fun phone wallpapers included as extras. Pop them on your phone background and remind yourself to pack your reading glasses...

You can now pre-order the third book in the series!

Book 3, Game of Crones, launches in August, and you can either pre-order the Special Edition ebook to receive it in August, or buy The Crone Wars Season Pass! 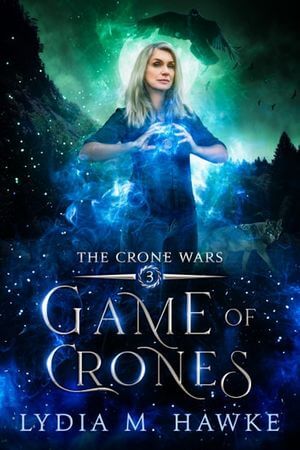 She knows she’s powerful. But is she enough?

Claire Emerson has turned her back on destiny. After failing to master her unpredictable elemental magic, it’s clear to her she doesn't belong—and her fellow Crones agree. But just as she leaves her magical life behind, she learns that one of the Crones has turned the others over to the mages and Morok, the dark god they serve. Knowing Morok can use the Crones’ magic to reclaim his own powers, she has no choice but to go after them—alone.

Tracking down and confronting the traitor is the easy part. Getting past the mages who hold the Crones captive is going to be a little more difficult… especially when Morok opens a portal to another world that threatens everything Claire holds dear.

The final book in The Crone Wars series will arrive in 2023, and you'll just have to wait for the title...

Get all four books for the price of three

The Crone Wars Season Pass gives you all four books in the series for a discounted price, as they're released, and along with all their extras!

Find out more about The Crone Wars Season Pass, and discover why divorced, menopausal grandmothers with creaky hips and hot flashes are the perfect candidates to protect the world from the dark magick of Mages.

Author/Publisher Receives £11.99Fair means fairSensible prices and good rates for authors.
Authors get 80% of the listed price, and our prices will always be reasonable. No unsustainable discounts, or ebooks that cost the same as a print book. 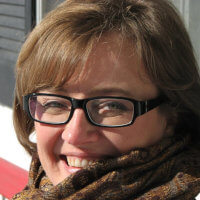 Lydia M. Hawke is a writer possessed of both a light side and a dark one. On the dark side, she’s the author of the Grigori Legacy, an apocalyptic urban fantasy series featuring a hard-as-nails cop caught up in the war between Heaven and Hell.

In her lighter moments, she writes romances (contemporary and suspense) as Linda Poitevin. And when she’s not plotting the world’s downfall or next great love story, she’s a wife, mom, friend, coffee snob, gardener, walker of a Giant Dog, keeper of many pets, and an avid food preserver (you know, just in case that whole Zombie Apocalypse thing really happens).

A Gathering of Crones

Can Claire harness her powers in time to help her fellow Crones defeat the mages—or will her efforts bring even greater disaster?