In the Sweep of the Bay by Cath Barton is a gentle book with some important messages. It tells the tale of a working class family and one or two other folks who come into contact with that family. It's a story of limited lives, constrained dreams - lives not lived to the full. And despite that counter-intuitive theme, is the tale of so many marriages and families. Maybe that's why I feel like it's an important story. It certainly reminds me of people I know.

The obvious outer tale is one of a marriage gone stale from its early days, but there's much more underlying than initially meets the eye.

Women's oppression (and its effect on men)

The dissatisfaction of women, particularly those coming of age in the 1950s – post-war, when working class women first smelled freedom of a different sort – is a key theme. Rene, the main character, is such a woman, trapped by housework, dull routine and mundane expectations – for herself and by others. Her character is drawn carefully, with attention paid to her pride and her personal decisions. Oppressed, she may be, but she made her own bed right from the start and never backed down from it. 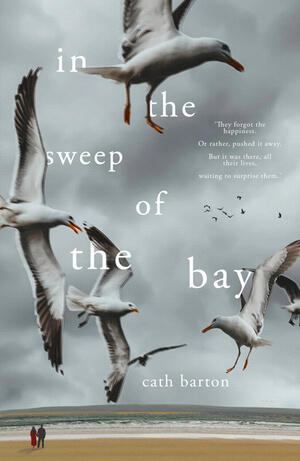 The novel also deals with the reality of being an oppressed class within an oppressed social class. Women have different experiences of life and social class, even from their husbands and partners, and while this is noted by sociologists, it isn’t something usually considered in everyday life. Barton addresses this through a sadly ironic tale about a red coat, and through the juxtaposition of Ted’s working life against Rene’s housewife role.

Ted, Rene’s husband, doesn’t want for anything - not even during the 3-day working week in the 1970s, thanks to Rene’s nifty cooking skills. He is the director of the family manufacturing business by then, as well as a reasonably well-known ceramicist, but still his wife can’t afford a fancyish coat and likely doesn’t even have her own bank account. She certainly doesn’t have her own money, and probably wouldn’t have put herself first in any case.

Barton has sensitively considered this conundrum: that patriarchy is also bad for men. It traps decent men, the sort who probably wouldn’t cheat on their wives just because they had an opportunity to do so. Ted’s life is also limited by society’s requirements, and his emotions are stuck in a loop of gentleness and self-imposed toxic (in a gentle way) masculinity. He had never even thought to talk about his struggles with someone else and wouldn’t be able to even if he had. He loves his wife in his own way, but has no idea what she likes, wants or why she behaves the way she does. He's not consciously oppressing her - it's just neither of them know any other way to be.

How oppression can lead to limited thinking

As you read, a picture is built up about how these social pressures – patriarchy along with social class – constrain people’s thinking. Limit their thinking to the extent that they can’t imagine another way to be. Can’t think their way out of their lives and into another better one.

Education is the key to freedom from oppression - and equally and relatedly to social mobility - but even the next generation in this book struggles to get out from the limited mindset brought on by social expectations and circumstance. It isn’t enough to be educated to school-leaving standard – the changed mindset can only occur with the increased opportunity that comes with higher education. Or differing life experience.

Getting round communication issues

The novel details – without fanfare or drama, because that wouldn’t be true to the family – the constant, gnawing breakdown of Rene and Ted’s relationship, their poor communication a regular motif. But it’s not all bad. The beauty, of course, is in the details. Barton shows the subtle ways in which people see how to make links with each other even when they have lost the ability to communicate properly – if they want to. The story about the red pullover made for Ted by a deathly worried Rene during his heart attack episode is as sweet as it is unsentimental, and it’s used as a metaphor for the strengths of their marriage.

A portrait of lost potential, but with lingering hope

All of this – and more – results in a novel which is a sensitive look at lives not lived to the full. Ted, who was trapped in a largely unhappy marriage and in love with his assistant. Rene, who was trapped in her own dissatisfaction, where there were so few expectations for working class women that she couldn’t even imagine another kind of life. Vincenzo who made rash decisions based on love and squandered what opportunities he had in the bubble of youth. Madge, in love with Ted, but he was never to know. Dot, married too young to a boy who couldn’t do what her father did, which scuppered her university plans. All of them believable, relatable characters, their voices and thoughts filling this short novel ...

More about In the Sweep of the Bay 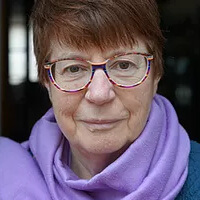 Cath Barton won the New Welsh Writing AmeriCymru Prize for the Novella 2017 for The Plankton Collector. Her short stories and flash fiction have been published in anthologies in the UK, the US and Australia, and in journals including The Lonely Crowd, Strix, Fictive Dream, The Cabinet of Heed, After the Pause and Spelk. Born in the English Midlands, she now lives in Abergavenny, South Wales.

Cath's favourite novel is Love in the Time of Cholera by Gabriel Garcia Marquez and her favourite novella is Animal Farm by George Orwell. Her top poet is U. A. Fanthorpe.